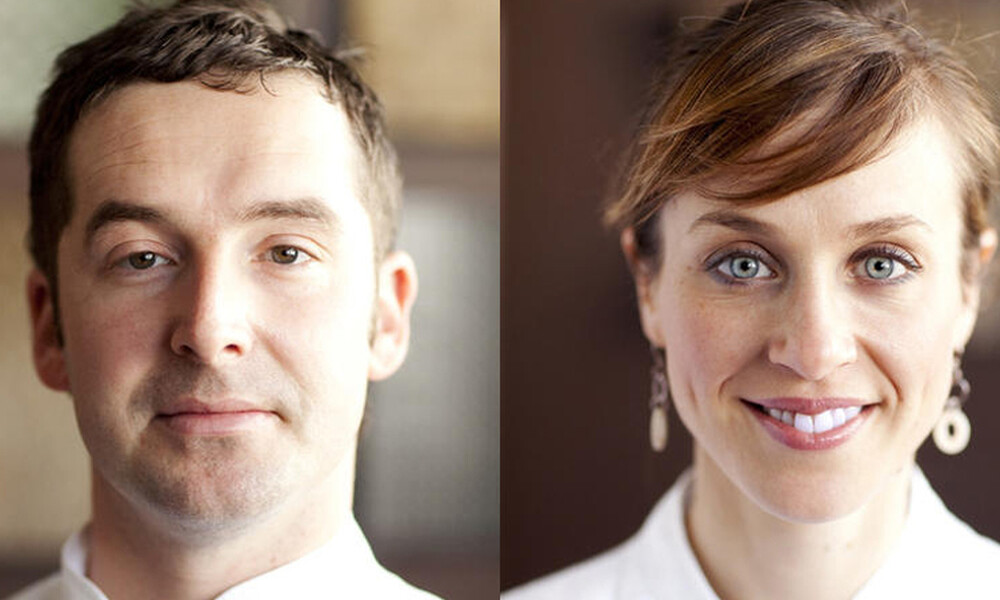 We're very excited to announce Design Womb's restaurant branding and design collaboration in the works this year with chefs John Shields and his wife, Karen Urie Shields. We'll be working alongside the duo for the launch of their highly anticipated Ada St. location, which is split between two floors, and the chefs envision opening two restaurants.

John is a multi Michelin star awarded chef. He worked at Charlie Trotter's, and was part of the opening team at the hot Chicago restaurant spot, Alinea. Karen spent two years at Tru working under Gale Gand, then six years at Trotter's, the last three as head pastry chef. As a husband-wife team, they opened Town House in 2008 in the tiny town of Chilhowie, VA, where they quickly acquired a monster reputation; John was a 2011 James Beard semifinalist for Best Chef: Mid-Atlantic.

Check out their Chicago Tribune feature